It’s time again for my annual break in the sun. I’ve not packed my case, I’m not sure I have enough t-shirts or sun cream, but I have sorted my To Read Pile for my holiday. I had sorted that out weeks ago!

Once a year, I have a week with very little to do, on purpose, and few distractions. In such an environment I can read a book in about a day, more or less. That’s very unusual for me because I don’t read that fast compared to some people. So five books is good for a week, with 4-5 trade paperback comics to read as well when I only have a short period of time to read. This year my holiday reads are:- 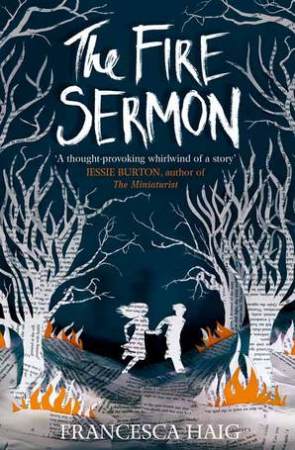 The Fire Sermon by Francesca Haig – I’ve met Francesca a few times at book events and as it happens we also share an agent. She’s incredibly intelligent and just a warm and lovely person. The initial premise of this book has always intrigued me, but whenever I hear her talk about it, I’m made very aware that there’s a lot more going on than what appears on the surface. She recently appeared on BBC Radio 4 talking about twins which is central to the premise of the series. Without having read the book (so my view might change after) it has echoes of H.G Wells’ Time Machine with the Eloi and the Morlocks. Post apocalyptic, every child born is a twin that is vastly different from the other and yet they are connected right up to the moment of their death. Can’t wait to start this one soon. 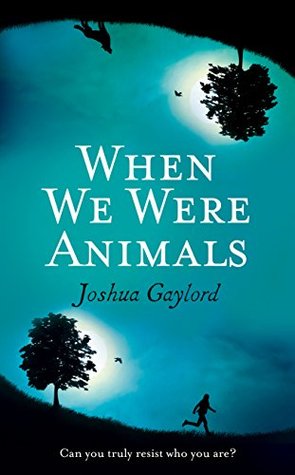 When We Were Animals by Joshua Gaylord – I’ve been saving this book up for a few months now.  One of my favourite books, probably ever, is The Reapers Are The Angels by Alden Bell, which is a pen name for JG. I knew nothing about Reapers, as I was reading advanced review copy, and totally fell in love with it. The sequel is amazing too, Exit Kingdom. This, under his own name, is a new world, new characters, new story. I know only what it says on the back of the book and that’s probably too much of a spoiler. There’s a certain joy is opening a book and knowing almost nothing about it if you trust the author. That’s where I find myself with this and I can’t wait to get stuck in. I’ll probably burn through this book easily in a day. 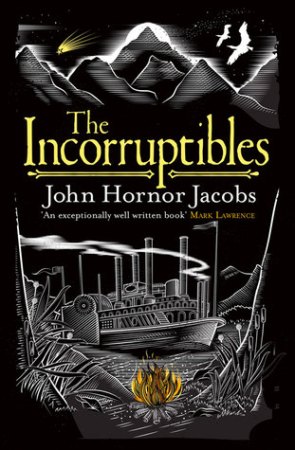 The Incorruptibles by John Hornor Jacobs – Part Western (so that’s me sold on the book already), part fantasy, this book sounds like a cracking combination of two genres that I love. I met Jon and at a UK convention two years ago I think it was and heard him read a section at the Nine Worlds event in the New Voices panel and he really impressed me. He also very kindly stepped in to help someone else by reading one of the characters in a section and he did it with such aplomb, plus a convincing accent, that it made the reading that much more memorable and a lot of fun. The book as it happens was Nunslinger by Stark Holborn, another one on my list.

The Boy Who Wept Blood by Den Patrick – The second of The Erubus Sequence. The first introduced me to a dark, devious, corrupt and twisted fantasy world unlike any I’d seen before. Part gothic horror with warring families, duels, creepy characters lurking in shadows, the first was, in some ways, a coming of age book unlike the usual trotted out as a trope of fantasy. The second book picks up the story a few years later, in the same world. It’s fair to say I’ve not read a fantasy book like this and have been saving this for when I have sufficient time to read it with few interruptions and soak into the atmosphere.

Aurora by Kim Stanley Robinson – Robinson is another gap in my reading history. It used to be that I could keep up with the number of fantasy novels coming out each year, but over time the volume and my pace of reading meant that wasn’t possible. I’ve always tended to read 80/20 fantasy to sci-fi, just because of my preferences and I enjoy fantasy more. I’m also quite picky when it comes to SF. I’ve heard a lot of people talking about Aurora and I love the core idea of this book, a generational ship travelling to a new world. That idea is something I’ve always wanted to see explored and who better to do it than Robinson who is very highly regarded. I’m partially going into this book blind, as that’s kind of all I know about it, so I’m hoping I enjoy it as much as other people.

Those are my holiday reads for this year, I’m taking one other book to read on the way there for the flight and waiting around in airports and customs. Do you save up special books for your holiday? What are your stand-out fantasy or SF books from the last few years? I’m definitely open to some really good SF recommendations. I’m not a fan of hard SF, I’m more interested in story and characters and world-building than it being possible with current science.