Spoilers for this first heat. Don’t say I didn’t give you fair warning.

So it’s the one time of the year where I talk about sport. It’s time for the World’s Strongest Man 2014. This first heat was very interesting. Mike Burke is so new to the sport, and despite only appearing three times, he has now made it through to the final in two of those. Normally his age would be a factor, as he is approaching 40, but as he said himself in an

interview in this heat, he doesn’t t have the ten years of damage to his body that the other guys have. He’s a huge man, standing 6’6″, which normally means he’s not going to be very good at some events, and yet he excelled at the log lift. He went head to head with Terry Hollands and he looked comfortable, despite the weird apparatus and the weight.

Terry showed everyone once again why he is the master at pulling huge trucks as he smashed the competition, and even threw away the rope towards the end. The heat in America is no doubt affecting them all, but given that it was filmed earlier in the year than normal ( think around March time instead of around August), and last year in China it was so hot the sweat was pouring off them, it might not sap the competitors too badly. I know the show always likes to go to exotic and amazing locations, but I sometimes wonder how the competitors would manage it in a very temperature climate, or even a cold one like Iceland.

I had two strong favourites in this heat, Burke and Hollands, and I’m glad to say both of them went through. The big American performed extremely well in some events and quite good in others, but he is a great all rounder and a solid athlete. He’s similar to Brian Shaw in that regards, who looks relatively slender compared to some of the competition and Burke seems cut from the same cloth. A very talented guy who was in the top 5 last year and his goal is to get on the podium this year. I know the winner was announced online months ago, but I’ve managed to avoid all spoilers for the final. So at this point I think Burke might actually do it and get third or maybe 4th place and go one better than last year. 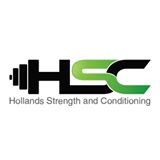 Hollands played it fairly carefully again in this heat. He pushed himself in some events, had a couple of annoying slips that he was obviously irritated about, but they didn’t stop his momentum. Once again the incredible Englishman proved why he has made it into his 9th World’s Strongest Man final. He is one of the best in the world. Win or lose, he is one of the ten strongest men in the world, which is an amazing legacy.

A good first heat, but no huge surprises. The other heats are where it’s going to get really interesting as I’m not sure who else from England will get into the final. There are a lot of young and determined strongmen coming into the sport. The competition is only going to get even harder in the next few heats.